Euro Team Tours specializes in key Austrian and German cities as our guides are residents of both countries.  Innsbruck, Munich, Salzburg are some of the main cities and we visit all the great locations nearby.  Travel with locals!

About the Red Bull Academy

With the Red Bull soccer & hockey youth academy in Salzburg-Liefering nearly 400 young talents received a new sporting home.
After completion of the Academy in July 2014 playing and trained the entire youth department of the Red Bulls in Liefering, whereby about 140 football or hockey talent will live there.
Eight young people (U7, U8, U9, U10, U11, U12, U13, U14) and three Academy teams (U15, U16, U18) - correspond to about 180 players and 30 coaches. This will in 2014 move into the new academy, train there and play.
The entire medical staff (physiotherapists, massage therapists, etc.) is now settled in Liefering to support the young talents on the spot.
All teams will hold the championship home games at the new Red Bull football & hockey academy in Liefering.
In addition, will be held with cooperation clubs on this course a lot of friendly matches, tournaments, talent days, sample workouts and training.
The goal is to represent one of the most modern youth centers in Europe, able to train under one roof in the hopeful youngsters in terms of football and ice hockey.
Seven football fields (artificial or natural grass, one of them indoor) and two ice rinks and all the necessary training and regeneration facilities (gyms, motor park, gymnasium, medical care, etc.) and a total of 92 rooms have been created. 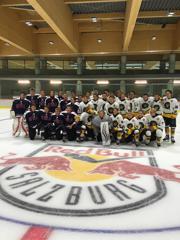 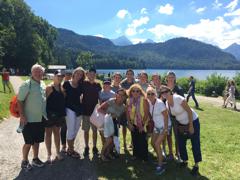 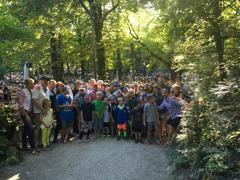 Coaches have kept sports alive in 2020. Has your kid's coach helped them through this crisis?Nominate them   for a chance to win $2500!